Check out this article form WHATCOMTALK about our wonderful staff and their contribution to our programs ! 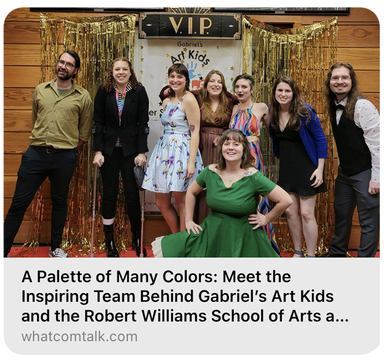 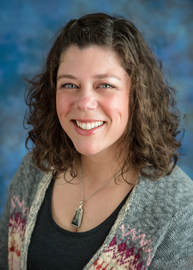 I grew up in Westchester County, NY and received a BFA from the School of Visual Arts in NYC and an MS in Art Education from Syracuse University in Syracuse, NY. I am WA State certified, K - 12 with an endorsement in Visual Arts. I have taught students in age from preschool through adults, in both the public and private school setting as well as at community centers, non profit organizations, museums and taught art to children, ages 7 – 18, with Down Syndrome and other special needs. I have taught 2-D; mixed media, watercolor, acrylic, pastels, colored pencils, charcoal, printmaking, etc. 3-D; book binding, clay, plaster, mixed media sculptures (recycled materials).

I moved to Bellingham in 2003 with my husband, Joe, and our two dogs. We welcomed our first child in March 2008, she is now in middle school. We love the great outdoors, especially the beaches, hiking and camping and always bringing along a sketchbook or camera.

In 2010 I created the toddler art program that was offered at the Family Interactive Gallery (FIG) which is part of the Whatcom Museum at the Lightcatcher building. In 2012 I opened Gabriel’s Art Kids and I haven't looked back since! I love my school, my students and families and most of all my teachers, all of who help to make GAK what it is! 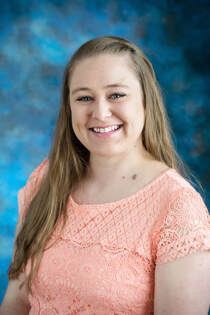 Autumn is a Bellingham native. She graduated from Bellingham High School in 2004 and worked as a certified nursing assistant for many years at a local convalescent home. In 2011 she began her Early Childhood Education program at WCC and graduated with honors in 2014 receiving her AA degree in early childhood. During her internship, she began working at Gabriel’s Art Kids and has been here since.
Autumn was blessed with a daughter in November 2015 and is so very proud to be a mother. Autumn’s birthday is September 21st, her favorite color is purple and she loves chocolate chip mint ice cream.
Some things Autumn enjoys doing when she’s not teaching are: Being out in nature; hiking, swimming, sledding, etc. She enjoys most of all spending time with her family both immediate & extended at every opportunity, especially if FOOD is involved. Autumn also loves to sing and write, both poetry and journaling. 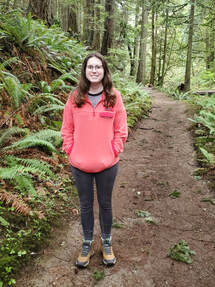 Anna is originally from Pittsburgh, PA but moved to Bellingham in 2016 and has not looked back. Her background is in political science, and she spent several years managing and organizing local candidate and issue campaigns.
She became an early childhood teacher as a way to have a more direct, positive impact on her community.
She is now in her third year teaching preschool and second working with elementary students at our After School Art Program. Anna loves all kids, but her favorite age groups are preschool and K-1st grade.
Anna is currently studying Early Childhood Education at Whatcom Community College and just completed her Initial Early Childhood Education Certificate! She is passionate about creating an integrated arts-focused curriculum for all age groups and loves incorporating dance, movement and play whenever possible.
Her favorite art activities are ones that allow for open-ended experimentation and exploration. As a neurodivergent teacher, Anna is passionate about working with students as individuals and doing everything she can to help all children not only learn but feel safe and included in the classroom.
Outside of work Anna enjoys writing poetry, hiking, enjoying obscure media of all types and spending time with her beloved partner, EJ and their very spoiled cat, Hestia. 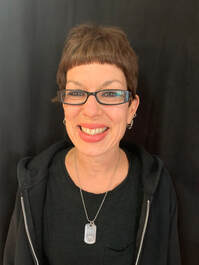 Shayne comes from a large family that includes three sisters and three brothers. She has lived in both Canada and the United States.
Shayne studied Early Childhood Education in central FL and at Whatcom Community College in Bellingham. She has been teaching since 2002, working with infants up to grade 6. While in Florida, she assisted in running an elementary enrichment program for children ages 4-12. More recently, she has taught preschool, pre-k, and kindergarten in Bellingham. She has also run summer camps for pre-k and school age children. While she loves working with children of all ages, teaching pre-k and kindergarten is her passion.
Shayne’s daughter, Sydney, is a graduate of Bellingham High School, Whatcom Community College, and she recently completed her Bachelor of Science degree at Western Washington University. Sydney is an assistant wrestling coach and an early childhood educator.
Shayne loves the ocean, spending time in nature, art, music, swimming, reading, and most importantly, spending quality time with her daughter, extended family, and Sam and Lucy, her adorable Pugs. 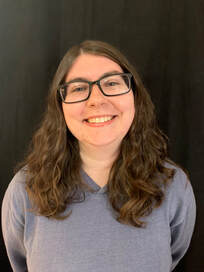 Sydney has grown up in the Bellingham community, graduating from Bellingham High School and simultaneously completing her transfer degree while in the Running Start Program at Whatcom Community College. After graduating from high school, she continued her education at Whatcom Community College, studying Early Childhood Education. She started teaching as a volunteer in 2010 in a kindergarten classroom, then gained further experience working in a pre-kindergarten classroom. After 3 years of volunteer teaching, she was offered a paid position working in her own classroom. She has expanded her wealth of knowledge and experience since then, working with and teaching children between the ages of 3 months and 10 years.
Sydney attended Western Washington University where she completed her Bachelor of Science degree in Kinesiology, specializing in Sport Psychology. She minored in Women, Gender, and Sexuality Studies. She is one of the Assistant Coaches for the Bellingham United Girls Wrestling Team. She is also a volunteer wrestling coach at Whatcom Middle School.
Sydney enjoys baking, reading, swimming, and spending time with her extended family. She has two Pugs named Sam and Lucy. 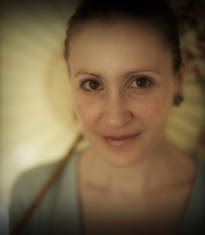 Julie Lewis is a new Bellingham resident.  She has previously been teaching at independent studios, afterschool programs, and private locations for music, voice, piano, guitar, theater, art and dance in the LA area.  She is a well rounded performer and educator and a proud member of AEA - the theater actor's union, AOSA – Orff Level 3 and CMN – the children’s music network.  She has been a teacher for over 20 years, in a variety of settings.  Her experience with children spans years of full-time pre-school and pre-kindergarten programs, after school programs for ages 6-12, full time integrated classroom for grades K-2, youth outreach visiting artist in schools and theater programs, party clowning and special needs education with children on the spectrums.

Julie traveled the world at a young age, as a military offspring.  She began singing and performing in stage productions at the age of 11.  After attending high school in North Pole, Alaska, she moved to Seattle, where she continued to reside on and off for more than a decade.  She traveled gradually down the California coast in search of warmer weather, finally landing in LA.  She has also lived in NYC and Japan following her performing work.  Performing, she has been in numerous regional plays and musicals, was a member of improv group - Playback Theater Northwest for three years, has sung in many bands, choirs and an acapella group (featured on NPR in November 2008) and for various recordings of up and coming musicals (such as The Spirit Warrior's Dream - CD release October 2008 and the Burning Opera-CD release 2011). Favorite roles include Cruella DeVille (East Coast TYA tour), Edwin (The Mystery of Edwin Drood - Summer Rep at the JC 2007) and Tap Dancing Orca Whale #3 (Village Theater in Seattle) She has also directed, music directed and choreographed a number of musicals with children in Washington and Northern California and co-founded a theater company in 2012.  Most recently she has finished her first children’s album, “Shhh” a lullaby collection and looks forward to making more.

With so many adventures possible, it's always hard to choose, but Julie is grateful for the many opportunities that her work and travels in the arts has brought her and highly values each community and every family she encounters.  She is working on ways to stay present in the moment, and making the time and space to manage and prep her many "amazing collections" of art/sewing supplies, musical instruments, theatrical props/costumes/wigs and jewelry making materials in her new Bellingham home, shared with her loving partner of twelve years. 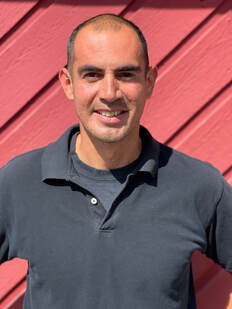 David was born and raised in Southern California before moving north to the San Francisco bay area.  His family emigrated from México and maintains close family relations to his more than 20 first cousins and two brothers living there.  Spanish is his first language, and he understands the challenges and, more importantly, the benefits of bilingualism/ multilingualism for learners of all ages.

In Northern California, he began working as a High School Spanish teacher and an athletics coach.  He has also worked in Middle School and Elementary classrooms providing support for students with special needs and learners of English as a second language.  He received an AA in Political Science from Berkeley City College and recently completed his Bachelor of Arts degree from Western Washington University.

​David moved to Bellingham a few years ago and lives with his wife and two young daughters.  They enjoy spending time at parks, hiking the trails all around town, and laughing mightily at life’s funny moments.  At home, you will find him happiest in the kitchen (that’s where the food is, duh), or in the garden (because that’s where it grows) hands deep in soil.  He believes that creating art is a Super Power, and he is excited to see his students use those strengths as they acquire Spanish at Gabriel’s Art Kids. 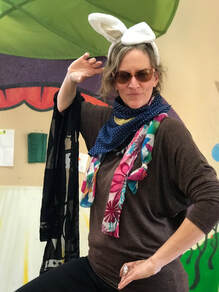 ​Jennifer Lindstrom has a Bachelors degree in Art Education with an emphasis in Painting from San Francisco State University. After graduating she moved back to Los Angeles to be closer to family, where she is a proud Auntie of 5 nieces and nephews.
She went into education running an after school tutoring program for elementary students and on the side she and her husband volunteered at a nonprofit program called LA Works where they painted murals at schools in the LA Unified School District.
She then moved on to have an interior design  painting business working in Malibu, CA and spent time as a set painter for the movie industry.
After moving to Bellingham and working for GAK, Jennifer is finally able to bring her two passions together, working with kids and a love of art. On the weekends she can be found at the Farmers Market creating henna tattoos.

Rémy Coutarel grew up in Clermont-Ferrand, France, and spent his childhood pouring over Franco-Belgian comics.

In 2007 he graduated from a graphic design school in Clermont-Ferrand and later moved to Seattle in 2011 where he developed his art and gathered inspiration from the alternative comics community.
He now lives in Bellingham, WA, where he is working as an Illustrator and teaching art to young kids.

​His goal is to create meaningful art that will inspire the youth to consider the complexity of life in an imaginary colorful world.